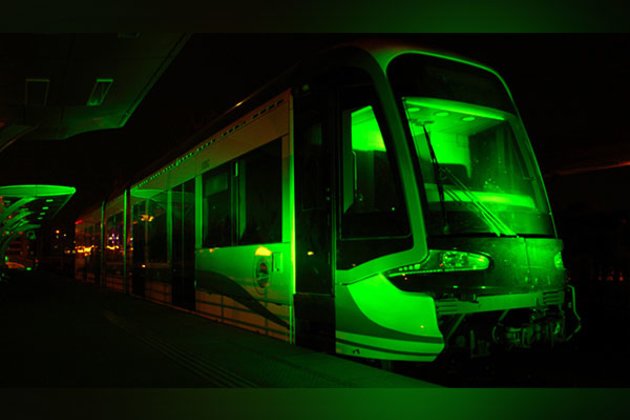 Ethiopia [East Africa], January 25 (ANI): A total of USD 60 million is required to repair over 23 trains of the Addis Ababa Light Rail, officials say. A lack of spare components has brought the operations of 23 trains to a stop, according to Ethiopia-based news publication The Reporter.

The Addis Ababa Light Rail in Addis Ababa, Ethiopia is the first light rail and rapid transit in eastern and sub-Saharan Africa.

The light rail, which goes in two directions, was built to make up for the lack of transportation in the capital, which is home to four million people, according to The Reporter.

The funding for the 31.6-kilometre-long electrified light rail transportation system was provided by the Chinese Exim Bank. It was inaugurated eight years ago with the goal of serving 60,000 people per hour.

The system's east-west line is 17.4 kilometres long, and the north-south line is 16.9 kilometres long. It was built by the China Railway Eryuan Engineering Group Company (CREEC).

According to The Reporter, officials dragged their feet for years before finally acknowledging that the project did not proceed according to plan, despite the fact that a performance assessment conducted by the Federal Auditor General showed that the majority of the wagons are inactive.

"Our assessment shows USD 60 million is needed for spare parts," Mitku said, as quoted by The Reporter.

A subsidy of one billion Ethiopian Birr was provided by the Addis Ababa City Administration for the operation of the light rail since the revenue generated from the sale of tickets is not enough to pay its monthly operating costs.

Today, the light rail transports 56,000 people with just 18 trains, but if all of the trains were functioning, it could transport more than double that number, according to The Reporter. (ANI)

LONG BEACH, California: Long Beach, California-based Rocket Lab has launched its first mission from the United States, as part of ...

WSJ says Israel and Mossad behind Sunday's attacks on Iran

Israel was behind Sunday morning's drone strike on an Iranian munitions facility; the Wall Street Journal has reported, citing American ...

UK tanks for Ukraine must arrive by March, says minister

LONDON, England: Of the 14 main battle tanks and additional artillery support it will send to Ukraine, Britain hopes its ...

Exec for Juan Valdez coffee sentenced to jail in $900,000 theft

NEW YORK CITY, New York: After being convicted of stealing more than $900,000 from the company, Rosita Joseph, former executive ...

WASHINGTON D.C.: The US State Department has said that in the latest fiscal year, US military equipment exported to foreign ...

SEOUL, South Korea: South Korean officials have said that the government will double energy vouchers and provide discounts on gas ...

AUSTIN, Texas: Tesla gas announced an investment of more than $3.6 billion to expand its Nevada Gigafactory complex with the ...