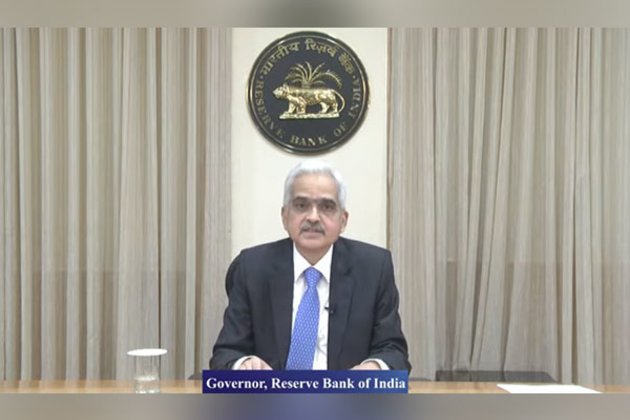 Mumbai (Maharashtra) [India], August 5 (ANI): The monetary policy committee of the Reserve Bank of India has unanimously decided to raise the repo rate by 50 basis points to 5.40 per cent in order to contain the persistently high inflation. Today's hike takes the repo rate above pre-pandemic levels of 5.15 per cent.

The committee also decided to remain focused on the "withdrawal of accommodation" stance to ensure that inflation remains within the target going forward while supporting growth.

In line with the global trend of monetary policy tightening to cool off inflation, the RBI has so far hiked the key repo rates -- the rate at which the central bank of a country lends money to commercial banks -- by 140 basis points.

Since the MPC's meeting in June 2022, the global economic and financial environment has deteriorated with the combined impact of monetary policy tightening across the world and the persisting war in Europe heightening risks of recession, the RBI assessed.

"The US dollar index soared to a two-decade high in July. Both advanced economies (AEs) and emerging market economies (EMEs) witnessed the weakening of their currencies against the US dollar. EMEs are experiencing capital outflows and reserve losses which are exacerbating risks to their growth and financial stability," the central bank said.

Notably, India's retail inflation has been over the Reserve Bank of India's upper tolerance band of 6 per cent for the sixth consecutive month in a row in June. Retail inflation was at 7.01 per cent in June.

Wholesale inflation was at 15.18 per cent in June, marginally lower than the 15.88 per cent reported during the previous month. The Wholesale Price Index (WPI) based inflation has been in the double-digit for 15 months in a row now.

The MPC reiterated that retail inflation is projected to remain above the upper tolerance level of 6 per cent through the first three quarters of 2022-23.

On the current inflation trend, it said that food inflation has registered some moderation, especially with the softening of edible oil prices, and deepening deflation in pulses and eggs.

"Fuel inflation moved back to double digits in June primarily due to the rise in LPG and kerosene prices. While core inflation (i.e., CPI excluding food and fuel) moderated in May-June due to the full direct impact of the cut in excise duties on petrol and diesel pump prices, effected on May 22, 2022, it remains at elevated levels," it added.

The minutes of the latest MPC meeting will be published on August 19. and the next meeting of the MPC is scheduled during September 28-30. (ANI)

DHAKA, Bangladesh - Michelle Bachelet has urged the Bangladesh government to establish an independent investigation into allegations of enforced disappearances. ...

LONDON, England: Despite a legal challenge in London's High Court in early September, the UK government is continuing to pursue ...

NEW DELHI, India: During his national day address this week, Prime Minister NarendraModi said India will seek to become a ...

Heathrow Airport to extend limit on passengers till October

BERLIN, Germany: Highlighting Berlin's increasing focus on assisting in the Indo-Pacific region amidst rising tensions with China over Taiwan, Germany ...

France declares wildfire out, firefighters came from all of Europe

PARIS, France: French firefighters have stopped the spread of a "monster" wildfire in the country's southwest, allowing the reopening of ...

NEW YORK CITY, New York: The American hedge fund Third Point has purchased a stake worth some $1 billion in ...

NEW YORK, New York - Investors were divided on Thursday as to where to send U.S. stocks. Jitters about inflation, ...

Through investments, European Union seeks to gain influence in Pacific

WELLINGTON, New Zealand: During his visit to New Zealand, Ambassador Sujiro Seam, Head of the Delegation of the European Union ...

Noodle makers ask to increase prices after 14-years in Thailand

BANGKOK, Thailand: Instant noodle makers have asked Thailand to allow them to increase their prices to meet rising costs, which ...

U.,S. stocks back on the defensive, Nasdaq drops 164 points

Thailand to spend $62 billion to build industry in east

BANGKOK, Thailand: Thailand seeks to invest $61.97 billion in its industrial eastern region over the next five years, in a ...

It's a Wonderful Life (4K Steelbook)