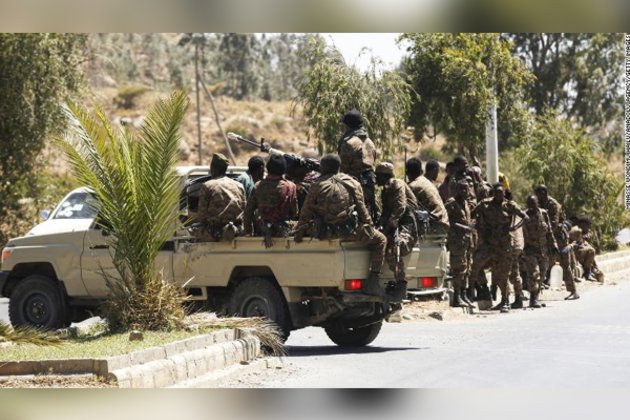 Addis Ababa [Ethiopia], November 6 (ANI/Sputnik): Nine Ethiopian rebel groups announced on Friday that they had formed an anti-government alliance to change the incumbent government and establish a transitional body.

The alliance, dubbed the United Front of Ethiopian Federalist Forces, includes such opposition movements as the Tigray People's Liberation Front (TPLF), which has been fighting the government for a year in the country's north for a year, and the Oromo Liberation Army (OLA), among other groups, the Associated Press reported. The signing ceremony was held in Washington.

The alliance aims to "establish a transitional arrangement in Ethiopia" and ensure the resignation of Ethiopian Prime Minister Abiy Ahmed and his cabinet, Yohanees Abraha, a member of the Tigray forces, told the news agency. The alliance is both a political and a military organization, he added.

"Of course we prefer if there's a peaceful and orderly transition with Abiy being removed," OLA spokesman Odaa Tarbii told the agency, adding that the alliance strives for inclusivity.

The government described the creation of the alliance as "a publicity stunt," according to the news outlet.

The formation of the alliance comes as Ethiopia is put under a six-month-long state of emergency while the rebel forces advance toward the capital of Addis Ababa.

The Ethiopian government and the TPLF rebels, which dominated the political life of Ethiopia for almost three decades, have been locked in conflict over control of the north of the country since November 2020, when the central authorities accused the TPLF of attacking a military base.

The government of Ethiopia and its allies have been on the defensive since this June. On Thursday, TPLF and OLA said that they had occupied the town of Kemise located only 139 miles away from the capital of Addis Ababa. (ANI/Sputnik)

BRUSSELS, Belgium: European Union foreign policy chief Josep Borrell has said that the bloc would ensure Ukraine that it has ...

Former U.S. President George W. Bush has made an embarrassing mistake in criticizing Russian President Vladimir Putin over his decision ...

WASHINGTON D.C.: The U.S. State Department has announced the launch of a new program to capture and analyze evidence of ...

Popularity of Indonesian president sinks due to price rises

EAST JAVA, Indonesia: A tourist bus crashed into a billboard on a highway on Indonesia's main island of Java this ...

BELGRADE, Serbia: Belgrade was paralyzed this week by a series of bomb threats, including against schools, bridges, restaurants and a ...

SYDNEY, NSW, Australia - A reduction of the official lending criteria in China has boosted stocks on the mainland, and ...

Turkish lira falls another 2%, at lowest since December

ISTANBUL, Turkey: As state lenders reduced the amount of dollar sales to prop up the currency for the ninth consecutive ...

US trader faces 20 years in prison over cryptocurrency scam

Drag Me to Hell

Drag Me to Hell