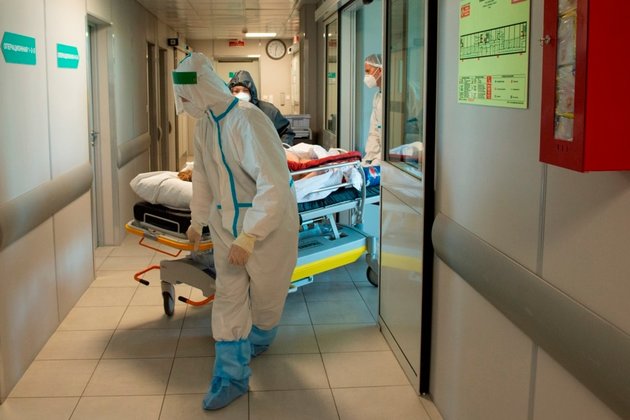 Buryatia in eastern Siberia has ordered a lockdown to help slow the spread of coronavirus, and France is adding Russia to its 'red list' of countries from which travel is severely restricted because it is experiencing a surge in COVID-19 cases.

Authorities in Buryatia said the lockdown will begin on June 27 and last two weeks. It will affect all enterprises except essential businesses such as grocery stores and pharmacies. A notice spelling out the restrictive measures is to be published on June 24.

There has been a sharp increase in the incidence of COVID-19 in Russia this month, with the daily tally of new cases growing from approximately 9,000 in early June to over 17,000 on June 18, and a number of regions are again tightening quarantine measures to slow the spread of the disease.

Moscow Mayor Sergei Sobyanin announced an extension of restrictions imposed early last week until June 29. He had already announced the closure of Moscow's Euro 2020 fan zone and a ban on gatherings of more than 1,000 people.

Buryatia, however, is the only Russian region that has imposed several lockdowns since the beginning of the pandemic. Last November, the region's governor also closed all nonessential businesses for two weeks in an effort to cope with a resurgence of the outbreak.

According to official statistics, 1,071 people have died from the pandemic in the region and 42,177 cases have been identified.

French government spokesperson Gabriel Attal said on June 23 that Russia, along with Namibia and the Seychelles, were being added to its red list, which now has 21 countries.

WASHINGTON, D.C.: The United States added additional sanctions on the Cuban police force and its leaders on Friday, following the ...

WASHINGTON, D.C.: The United Sates has seized a tanker that it said was assisting North Korea in evading sanctions. In ...

APIA, Samoa: The new prime minister of the island nation of Samoa has said she will cancel a Chinese-financed port ...

WASHINGTON, D.C.: President Joe Biden has announced that millions of federal workers will either need to show proof of having ...

U.S. economy fell during Covid in greatest slump since 1946

WASHINGTON D.C.: The United States recorded an economic contraction at an annual rate of 19.2 percent in 2020 at the ...

Uber tells returning employees they must be vaccinated against Covid

WASHINGTON, D.C.: In a bid to reduce greenhouse gas pollution, the White House has asked automakers to voluntarily pledge to ...