How theatre can help young Nigerians who are living with HIV 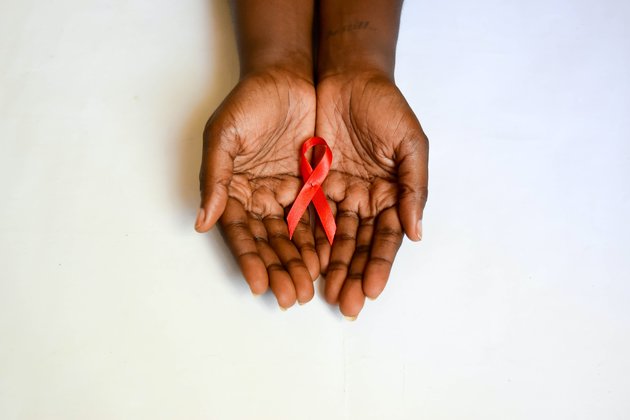 Nasarawa state in the north-central region of Nigeria is known for agriculture, salt mining and one of the higher waterfalls in Africa. It has also consistently registered one of the highest HIV prevalence rates in Nigeria with an HIV prevalence of 7.5% compared to the national average of 4.1%. As part of a strategy to tackle the epidemic, the Nasarawa state government decided to employ theatre to raise awareness.

Theatre and radio drama are often tools for education because they are meaning-making processes that can empower audiences to think differently and make informed decisions to solve problems - such as the stigma around HIV.

HIV is as much a social phenomenon as it is a medical one. It can elicit stigma, ostracism, repression and discrimination. Many affected by HIV have been rejected by their families, loved ones and communities. But it has also shown itself capable of triggering responses of compassion, solidarity and support, of bringing out the best in people, their families and communities.

Stigma is usually viewed as the discrimination or negative attitudes that people with HIV face from others. But in the play Talk to Me, which toured secondary schools in the Nasarawa region, the focus was on self-stigma - or how those living with and affected by HIV and AIDS negatively view themselves.

My study as a participant-observer in the play Talk to Me, created by the Skul Konekt project, investigates the theatre techniques employed to create awareness about the negative effect of self-stigmatisation. I also spoke with government officials, learners (generally aged 13 to 17), parents and teachers during discussions - or talkback sessions - of the play after performances, as well as with producers of the play.

I found that the play was able to create brave and safe spaces for conversation around a theme that can be very personal and quite challenging.

Talk to Me tells the story of two friends, Aggio and Abachi. Aggio is gullible and naïve when it comes to the subject of sexuality, while Abachi is the opposite. He strives to enlighten Aggio - and to lighten him up.

Abachi is adventurous but wayward. His father, a single parent, is blind and poor. He is also HIV positive and Abachi acquires HIV while using a razor to cut his father's hair. Unhappy that his friend Aggio is HIV negative, Abachi vows to set Aggio on the wrong path.

Through Abachi's deception, Aggio eventually acquires HIV by sleeping with Lydia, a promiscuous girl who is a victim of rape and who plans to take revenge on her male classmates despite the pleas from her friend.

This bold plot employed numerous theatre techniques that allowed it to resonate with its audience, and for them to cast judgements aside. In my study I highlight some of them.

Storytelling is a powerful cultural and dramatic tool for expression. In Talk to Me it helped in creating a safe space to discuss self-esteem, self-perception and the negative effects of stereotyping people.

During the writing workshop for the play, Paul Ugbede, the playwright and coordinator, reiterated that his use of the storytelling technique was geared towards both "entertaining and teaching the audience". His aim was also to "preserve cultural values". In the process of devising the play, the actors shared HIV-related stories to deepen one another's understanding and create ideas for the talkback session.

The entire story is told from Aggio's perspective. He takes the audience on a journey into his past and explains his present circumstances. His narrative reveals that in spite of the trauma that accompanies living with HIV, holding a strong positive perception of oneself is imperative. Aggio finds his friends, classmates and even parents are stigmatising him.

Aggio's plight in the story evoked audience feedback, with many learners interacting with Aggio's character afterwards. Their comments centred on ways Aggio could live a fulfilled life despite his HIV status. This gave the audience the opportunity to imagine ways in which Aggio could live positively and invest his time and effort in things that made him happy.

Talk to Me was embedded in humour to create a relaxed atmosphere because the story is intense and emotional. The theme of self-stigma could easily create an atmosphere of pressure, tension and emotional anxiety.

Comic situations, characters and dialogue facilitated a safe and positive atmosphere for the audience. The dialogue was interspersed with pidgin - a slang or creole English widely spoken in Nigeria. This allowed learners to relate easily to the characters.

During talkback sessions, too, we found that pidgin was the most effective way to communicate - along with Hausa, a colloquial language in Nasarawa state. Participants expressed themselves freely during discussion.

One of the learners, for example, observed that understanding a subject - walking in Aggio's shoes - is important in taking a position. He said that people consider many situations life-threatening and hopeless, but if we can look at the positive side of things, we will gain strength.

Humour is an integral part of his arrival at this conclusion. It breaks down barriers and thus enriches interaction and effective communication.

Use was also made of the theatre technique of role-playing or assuming the role of someone else.

In the talkback, the actor-teachers role-played the fear of some teenagers who are living with HIV. These affect their communication with their peers and can lead to seclusion and - ultimately - a shortened life span.

The power of theatre

One of the powers of theatre is its ability to critique the status quo by highlighting the paradoxes, contradictions and hypocrisy of power. Through storytelling, play building and scenarios, audiences gained new meanings and connections around living with HIV.

I do not claim that theatre solved the problem of self-stigma. Rather, it provided the space for progressive thinking and a solution-driven narrative. This is because theatre can engender participation, collaboration, communication and critical consciousness. These are essential tools in fostering behaviour change.

Theatre can empower people by co-creating knowledge. It allows audiences to take ownership of their experiences as they participate in ways that can foster envisioning new realities and new paradigms for people living with HIV.