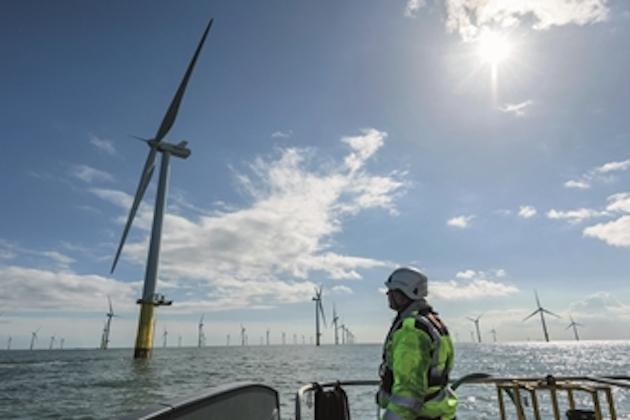 LONDON, UK - The British government is leasing some of the seabed around the UK for the building of new offshore wind farms enough to one day power over six million homes.

With long coastlines, favourable wind conditions and, in many areas, shallow waters, the UK has the largest operating offshore wind capacity in the world.

With strong market appetite for new offshore wind in UK waters, and clear backing from government, a decision has been made to bring forward additional seabed rights to unlock what is becoming an increasingly important source of renewable energy and support for the country's clean energy future.

Round 4, is being touted as the first leasing opportunity of its scale in a decade, creating the opportunity for at least 7GW of new projects in the waters around England and Wales, which the government says will deliver 'a robust pipeline for low-cost offshore wind deployment.'

The UK Treasury, through The Crown Estate, which administers the process, is hosting a Bidders' Information Day on 9 October 2019 to provide potential leasing round participants and their advisors with a detailed overview of the Round 4 process.

The story of offshore wind in the UK is a remarkable one. From a standing start at the turn of the millennium, the sector has delivered unprecedented levels of growth, with government, industry and stakeholders working in partnership to realise a four-fold increase in capacity in the last ten years.

The Crown Estate says it represents it's commitment to providing seabed for an expanding offshore wind generation market in the UK, in a way that:

- Offers an attractive, accessible and fair proposition to developers, at repeatable scale, contributing to the development of a competitive, resilient and innovative offshore wind market

- Balances the range of interests in the marine environment, supported by extensive engagement with stakeholders and the promotion of responsible evidence-based site selection

- Makes efficient use of the seabed, recognising its value as a national asset, now and for the long term

- Unlocks the commercial value of the seabed in line with it's statutory obligations, securing best consideration over the long term, for the benefit of the public finances.

The opportunity set out for bidders is the culmination of almost three years' development, during which The Crown Estate says it has worked in close collaboration with a wide range of organisations and stakeholders.

"We launch Round 4 at an important juncture in the decarbonisation of the UK's economy, with the recent legislation to enshrine a 'net zero' greenhouse gas emissions target by 2050 demonstrating a powerful national commitment to tackle climate change," Crown Estate's Huub den Rooijen, it'sDirector of Energy, Minerals and Infrastructure said Friday. "In the energy sector, this sets the UK on a trajectory to ramp-up the deployment of renewables, with offshore wind, now well proven at scale and low cost, taking centre-stage."

"Significant new capacity is anticipated over the coming decades, to replace fossil fuels coming off the system and also to meet new sources of electricity demand as our economy transitions. We will support this important journey through the rights we are making available as part of Round 4 and, beyond this, we stand ready to facilitate future development opportunities too, in line with market demand and policy need."