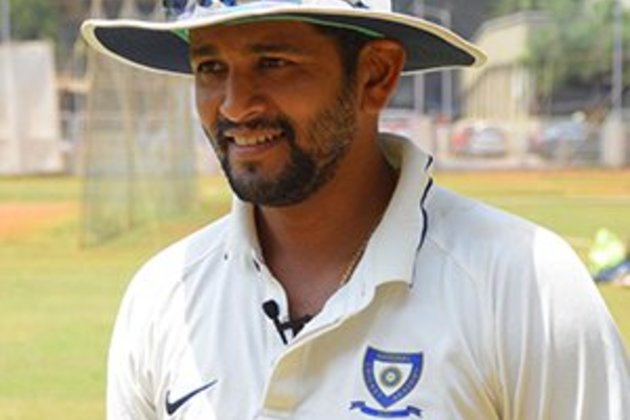 Cape Town - That his name is relatively unknown to the vast majority of South African cricket followers would have triggered near-immediate, partly understandable waves of domestic cynicism.

But a closer look at his CV -- plus a reminder that he is a very specific, short-term appointee as things stand - suggests, in fairness, that Mumbai-born Amol Muzumdar deserves better than ridicule for assuming the job of batting coach to the Proteas for their fast-approaching Indian Test tour, also their debut in the ICC World Test Championship.

He has been suitably brave in signing on, too: I have an increasingly adhesive personal view that the national side is either already at or very near to status as having the most vulnerable batting resources of the entire post-isolation period -- and possibly a fair bit earlier as well.

Yes, things could quite feasibly get worse before they get better for a team now stripped to rather bare bones in experienced personnel at the crease, and possibly not helped by having just come out of a period where the prior head coach to newcomer Enoch Nkwe, Ottis Gibson, was far more renowned for his devotion to and comfort with bowling needs than anything else.

It was also a period where Gibson's right-hand man for batting purposes, Dale Benkenstein, inevitably earned more brickbats than bouquets from critics, given the side's stubbornly shaky returns in runs-stats terms.

Enter Muzumdar, stage left ... another rookie to coaching at the very loftiest level, another of Cricket South Africa's slightly disconcerting, expanding list of "interim" people in important roles. And maybe even another not to have broken the bank too significantly for the deeply cash-challenged organisation, either?

All that said, it would be premature and unreasonable to question his credentials too savagely at this point.

One thing is abundantly clear: he must have been a serious case of "very near miss" for Indian Test recognition (though he's represented the country's 'A' cause) over a lengthy period, given his impressive weight of first-class runs on pitches there: 11,167 at 48.13, including 30 centuries in a two-decade career by the right-hander.

Just as noticeably, there's a personal best of 260 in there, so he clearly knows a thing or two about crease occupation -- often a critical matter for visiting teams if they wish to prosper or at very least be competitive in India's patience- and durability-examining climes.

Keep in mind that, of the unusually raw specialist batting arsenal South Africa will take into the three-Test series (starting at Visakhapatnam on October 2), not one of the eight in the squad - if you include likely reserve wicketkeeper Heinrich Klaasen - boasts a double-ton yet in his Test career.

Dean Elgar has come closest, with his just-short 199 against Bangladesh at Potchefstroom in September 2017.

But on the subject of Elgar, the traditionally resolute little left-hander somehow serves as a microcosm of the Proteas' general recent shortcomings as a batting unit.

Although the second most experienced Test batsman in India to captain Faf du Plessis, he has had a rather miserable time of it in the arena since the middle of 2018, his last 14 innings producing only 218 runs at 16.76.

It is not as though his reasonably generous County Championship stint with Surrey this year has produced any especially heavy-scoring pattern, either: he averaged a moderate 32 in nine four-day matches, with a single century early in the UK summer.

Elgar, by reputation, should be regarded as one of the Proteas' likeliest "barnacles" at the crease in India, so the fact that he has slipped into a pattern of less productive ways at all levels more recently is a bit of a worry.

Horribly few of the SA Test batsmen look really obviously embedded in any frontline berth in the order, and the situation is hardly helped by several senior squad members not exactly filling their boots -- in what would have been intended to be morale- and form-boosting presences -- in the SA 'A' side over the last couple of weeks.

The SA second-string were well beaten in the one-day portion of the tour by their Indian counterparts and, at the time of writing, were staring a likely heavy defeat in the face in the first unofficial Test. (Batting a core problem? You bet it's been.)

Muzumdar will also be acutely aware, or at least ought to be, that five of the eight designated Proteas batsmen in India have not played a single Test on that soil yet: Quinton de Kock, Theunis de Bruyn, Aiden Markram, Zubayr Hamza and Klaasen.

De Kock sports 40 caps and is now one of the more senior figures - it is a scary thought that there will be no AB de Villiers or Hashim Amla, both proven heavy scorers in India, for this series -- but he was overlooked for the disastrous 3-0 defeat in India in 2015 where the batting routinely flopped lamentably.

Rather than snort at his appointment, perhaps, Proteas enthusiasts might wish to consider a more deferential approach: that Muzumdar has pluckily taken on a hugely formidable task.

He must be one of those people inclined to invest in stocks while they are well down ...