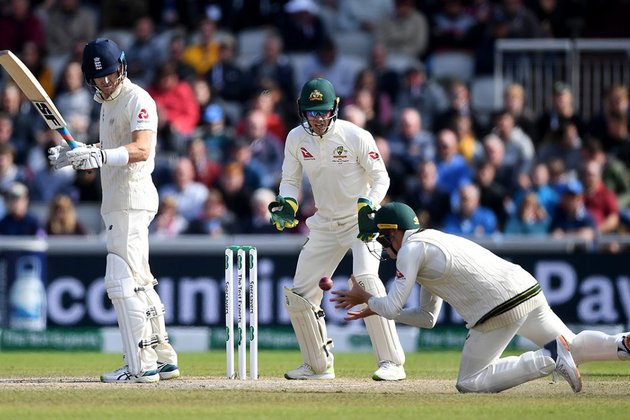 England have reacted to their 185-run defeat in the fourth Test at Old Trafford by naming an unchanged 13-man squad for the fifth and final Test at The Oval, starting on Thursday. It is a contest in which England can still square the series 2-2, even though the Ashes have already been retained by Australia.

Despite the glaring shortcomings of England's batting throughout the series, the fight shown on the final day at Old Trafford, where England took their rearguard into the final hour thanks to battling cameos all down the order, has encouraged the selectors to offer a final chance to a batting line-up that, aside from positional changes for Joe Denly and Jason Roy, has remained the same throughout.

With the exception of Ben Stokes, who is averaging 59 following hundreds at Lord's and Headingley, and Rory Burns, who has cemented his status as England's first-choice opener with 323 runs at 40.37, the remainder of England's batting line-up has been consistently poor.

The captain, Joe Root, has picked up three ducks to go along with three hard-fought fifties to average 30.87 - almost 20 runs fewer than his Test average at the start of 2019, while Denly, Root, Jos Buttler and Jonny Bairstow have all averaged between 25.50 and 13.75.

There had been speculation that England would ring a few changes for The Oval, with Surrey's Olly Pope one name in the frame to replace Roy, while their team-mate Ben Foakes, who made a century on Test debut in Sri Lanka last year, was a potential replacement for Bairstow as wicketkeeper.

However, it may be significant that the Oval Test will be the final match of Trevor Bayliss's tenure as England coach, and therefore there is little to be gained from wholesale changes at this stage of England's cycle. Instead, the match offers a final opportunity for an under-performing set of players to fight for their short-term Test futures, with tours of New Zealand and South Africa looming large on the horizon.

Craig Overton, whose battling innings of 21 from 105 balls gave England hope on the final day at Old Trafford, retains his place in the squad and will once again compete for the role of third seamer, alongside Chris Woakes and the left-armer Sam Curran, another Surrey home boy.

"It's obviously disappointing," Overton said, after falling to Josh Hazlewood as the last wicket of England's second innings. "We set out at the start of the day to show some character and the boys did that. Everyone got stuck in to take it that deep on a day-five wicket against a world-class bowling attack. We are proud, but it's disappointing that we couldn't get over the line."

Despite the loss of the Ashes, the series remains live at 2-1 with one to play, and Overton said that England would be gunning for a share of the spoils when the fifth Test begins.

"That's been the message," he said. "It's disappointing that we've lost but the character we showed today, take that to The Oval and make sure we get that win to stop them winning the series, only retaining."

However, England may yet have to take the field at The Oval with the talismanic Stokes under an injury cloud. He injured his shoulder while bowling during the Old Trafford Test, and will be monitored by the ECB in the coming days.

If he is deemed unfit to bowl, then Stokes will play as a batsman only, with the all-round abilities of Woakes or Curran coming into the mix at the expense of one of the specialist batsmen in the side.