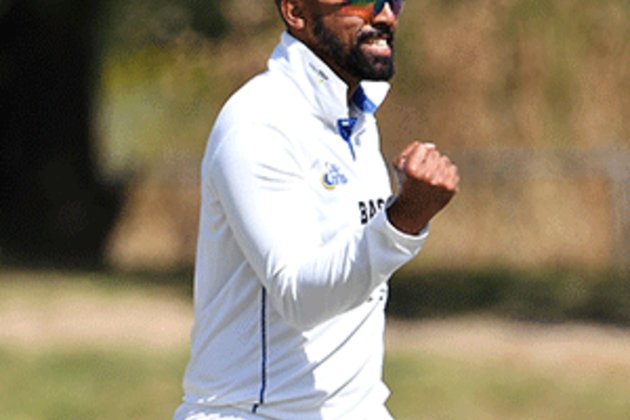 Cape Town - Recalled Proteas spinner Dane Piedt has revelled in his 'career-best' moment, which surprisingly came off the field rather than on it.

Piedt, who this week was recalled to the national set-up after a three-year absence, was reflecting on his recognition at the annual Cricket South Africa (CSA) awards function held in Pretoria at the start of the month.

This followed his all-round exploits for the franchise, with his outstanding 54 wickets being the most ever by a South African spinner in a domestic season.

"The best in my career by a country mile, being captain of the team as well, it means a lot," Piedt said of his awards.

"Down in Cape Town there's a lot of pressure on us to win trophies, a lot of people know this, but at the end of the day it's what we need to do and how we handle the pressure. So overall this is a really proud moment for me in my career."

Piedt was brilliant from start to finish for the Cobras and led them to the fringes of the four-day title, before they were piped on the line by the Highveld Lions.

Nonetheless, his form and leadership contributed heavily to Ashwell Prince's charges controlling the four-day season for 90 percent of the way.

"I always wanted to win the first-class Player of the Season award, so to finally do it is amazing," he explained. "A lot of our Cobras guys have won it in the past.

"It's a format of the game that players back home pride themselves on. It's the hardest format, 40 days of cricket and if you want to win the competition you have to be in the field for a long time.

"These are the trophies I want to take back home and show the guys what it's all about. I'm really proud about winning this award.

"It's also a huge privilege to win the SACA MVP. I didn't play one whole tournament because I got married during that time, but I still came out on top, so that makes me really proud as well."

Piedt's stellar long-format form helped him hammer down the door of the national selectors. They eventually answered by recalling him for the upcoming trip to India in October. He will be hoping to add to his seven Test caps, the last of which came against New Zealand at Centurion during 2016.

Meanwhile, the off-break bowler has credited his team-mates for helping him achieve his 'career-best' moment.

"I think it's not just me," he added. "It boils down really to what the team did in that competition.

"There's bowlers in that attack that did well, there's batsmen in the line-up that did well. They gave us runs and took wickets.

"We all wanted to take 20 wickets and at the end of the day we didn't really care who took it. Fortunately, things went my way.

"I bowled quite a bit and I also bowled through a lot of injuries, but to get over 50 wickets, the first spinner to ever do it in South Africa, it's really a proud moment in my career."

WASHINGTON - Key players in the impeachment trial of U.S. President Donald Trump and his defense argued sharply Sunday whether ...

ABUJA, Nigeria - The Indian Mission in Nigeria on Sunday said that 20 seafarers who were kidnapped by pirates last ...

Prince Harry and Meghan to cut formal ties with Palace

More than one billion mammals, birds, and reptiles across eastern Australia are estimated to have been affected by the current ...

SAN JOSE, California - Apple has added a new toggle that addresses privacy concerns around the location tracking feature on ...

DUBAI, UAE - The 800MW third phase of Dubai's solar park will be operational in April, the Dubai Electricity and ...

WASHINGTON, DC - The Pentagon on Thursday awarded more than half-a-billion dollars in defense contracts.With around 0.53 cents in every ...

SYDNEY, Australia - Stock markets in Asia finished in the black on Friday, despite the release of economic data in ...