DA loses out to Freedom Front Plus in by-election 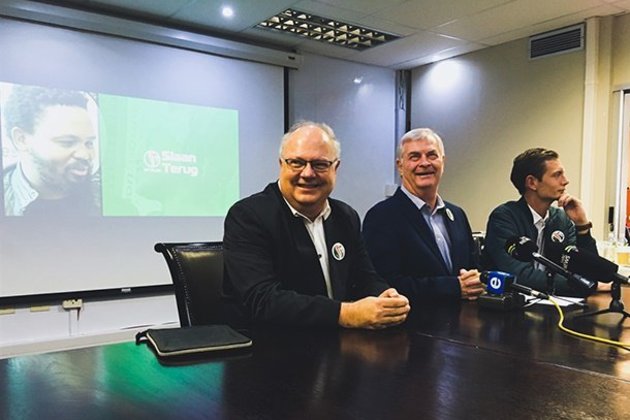 The Freedom Front Plus (FF+) is continuing to frustrate the Democratic Alliance, taking a seat from the party in a North West by-election.

The Electoral Commission of South Africa (IEC) confirmed that the party's Stephanus Petrus Kloppers won the by-election in ward 30 in the Matlosana Municipality in the North West.

This most recent electoral victory by the FF+ over the DA, on a micro scale, mirrors a trend in the general elections held in May this year.

FF+ head of elections and strategy, Wouter Wessels, told News24 at the time: "We have shown significant growth. We are currently in fifth place and we are very near the IFP. We are part of the big five parties and I think that is an achievement and it is a foundation for 2021."

The FF+ growth has been linked to the DA's declining electoral fortunes.

According to Philip van Staden, a member of the party's national executive, former DA supporters who voted for the Freedom Front Plus in this year's election felt alienated and vulnerable in a country where race dominates national discourse.

After seeing disappointing results, DA leader Mmusi Maimane said his party must continue to occupy the "rational centre" of South African politics, and to strive to represent "one South Africa for all" - the party's election slogan.

"We dare not pander to the left or right; we must occupy the centre," he said in a party memo.

Other winners in by-elections this week include the ANC, which retained seats in Mpumalanga that the party initially won in the 2016 municipal elections.

Mahlashwani Marius Masinga is the new ANC councillor in ward 31 in the Govan Mbeki Municipality in Mpumalanga. The party retained the seat with 53.04% of the votes cast compared to 67.84% in 2016. Voter turnout was 30.57%.

GET THE NEWS at your fingertips and download the News24 app for Android here now. Get it for your iPhone here.

WASHINGTON, DC - The U.S. government has filed a forfeiture complaint and warrant against four Iranian vessels travelling to Venezuela ...

Some 120,000 members of the U.S. National Guard have responded this year to natural disasters - floods in Michigan, wildfires ...

WASHINGTON, DC - Amid plummeting poll numbers and mounting pressure over his handling of the pandemic, Black Lives Matter protests ...

On June 13, President Donald Trump told the graduating class at West Point, "We are ending the era of endless ...

India's Navy repatriates 687 citizens who were stranded in Iran

CANBERRA, Australia - We now know just how massive the fastest-growing black hole in the universe actually is, as well ...

Coronavirus has had an unprecedented impact on pubs in Britain. The British Beer and Pub Association estimates that the industry ...

NEW DELHI, India, July 3 (ANI): The ban on international commercial passenger flights to and from India has been extended ...

SYDNEY, Australia - Stocks in Asia extended gains on Friday as strong payrolls data out of the U.S. and a ...

Axis Bank to wind down and close operations in Britain

MUMBAI, Maharashtra, India - Private sector lender Axis Bank is fully winding down and closing operations of its subsidiary in ...

Sonalika confirmed as No. 1 exporter of tractors in India

HOSHIARPUR, Punjab, India - Not only has the company set the pace, it has reported its highest monthly sales ever. ...