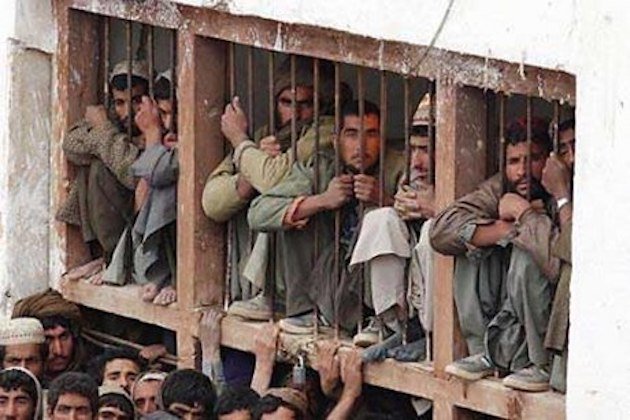 KABUL, Afghanistan - Reports of prisoners held by the Taliban in Afghanistan being tortured and killed surfaced on Sunday.

The reports detailed conditions under which detainees are being held, and alleged prisoners were being forced to do labour.

The UN Assistance Mission in Afghanistan said it had conducted face-to-face interviews with 13 detainees freed from a Taliban-run detention facility in Uruzgan last month, as the result of an Afghan National Army Special Forces operation.

The prisoners provided consistent accounts of the poor conditions in which they were held and credible claims of ill-treatment and torture, as well as the murder of civilians and security personnel. Multiple detainees reported the murder of at least eleven others by the Taliban.

All detainees reported being held incommunicado and underground in five overcrowded rooms. Detainees said that for a minimum of seven hours a day they were forced to labour, including making improvised explosive devices, contrary to international humanitarian law. Detainees said they were held in sub-zero temperatures during winter and were fed beans and bread twice a day, with no medical aid apart from some painkillers and antiseptics for wounds.

"I am gravely concerned about these serious allegations of ill-treatment, torture and unlawful killing of civilians and security personnel, as well as the deplorable conditions of detention," Tadamichi Yamamoto, the UN Secretary-General's Special Representative for Afghanistan and head of UNAMA said Sunday.

The group of 53 detainees freed from the Taliban-run facility known as Kalatak, located in the village of Shira in the Khas-Uruzgan district of Uruzgan, included forty five members of the Afghan National Defence and Security Forces and 8 civilians, including three civilian government officials. Most of the detainees had been held since 2018, with 3 held since 2016.

UNAMA's preliminary findings indicate that the conditions of detention and the treatment of the detainees contravenes minimum standards applicable to a party to a non-international conflict.

"The United Nations reminds the Taliban that international humanitarian law applicable to international and non-international armed conflicts provides that all persons who do not take direct part in hostilities, or who have ceased to do so, must always be treated humanely," Richard Bennett, UNAMA's Chief of Human Rights said Sunday.

UNAMA is mandated by the UN Security Council to monitor places of detention, to promote accountability and to assist in the full implementation of the fundamental freedoms and human rights provisions of the Afghan Constitution and the international treaties to which Afghanistan is a party.

Since 2011 UNAMA has monitored and reported on the treatment of conflict-related detainees. UNAMA publishes its findings and recommendations in reports jointly produced every two years with the UN Office of the High Commissioner for Human Rights. The most recent report on the 'Treatment of Conflict-Related Detainees in Afghanistan' was released last month.