Blitzboks crash out of London Sevens 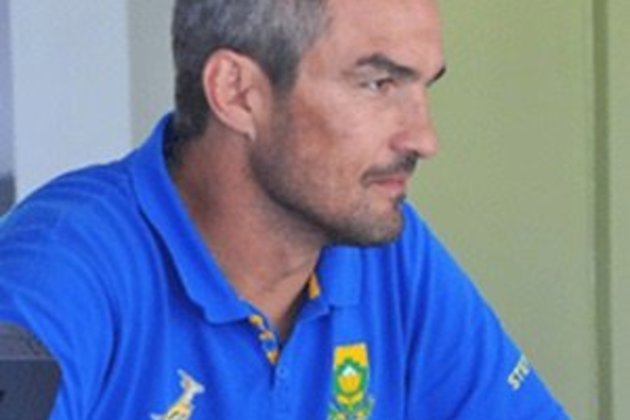 Cape Town - The South African Sevens team have crashed out of the London Sevens in the quarter-finals against Australia.

Australia opened the scoring with a try by Henry Hutchison and a conversion by Lewis Holland.

Australia were soon again celebrating, with Joe Pincus dotting down for their second five-pointer in a matter of minutes.

The Blitzboks got their act together and worked an opening for Siviwe Soyizwapi down the left flank with the star wing scorching in to score in the corner, with Branco du Preez adding an excellent conversion.

The Blitzboks were now in full swing, with Justin Geduld next to touch down, although Du Preez was wayward with the conversion.

In extra-time of the first half, Matthew Hood gave Australia the lead once again, with Josh Coward adding the extras to give the Wallabies a 19-12 lead at the break.

Despite stern words from coach Neil Powell at half-time, it was Australia who opened the scoring in the second stanza with Hutchison getting his name on the scoresheet for a second time.

A shell-shocked South Africa side soon found themselves back behind their posts as Australia stretched them wide again, putting big Ben O'Donnell in for a fifth try.

After some sustained late pressure, the Blitzboks at least had the final say, with Muller du Plessis and JC Pretorius powering in to score unconverted tries in the dying seconds.

But it was not enough to deny Australia a 29-22 victory.

Australia will play France for a place in the semi-finals, while the Blitzboks drop into the battle for 5th-place with a match against New Zealand who were shock 19-14 losers to the French - at 15:04 SA time.

The defeat gives the Blitzboks no chance of improving on their current fourth place in the World Cup Sevens standings.