Arson blamed for attack on Catholic Church in Derrry 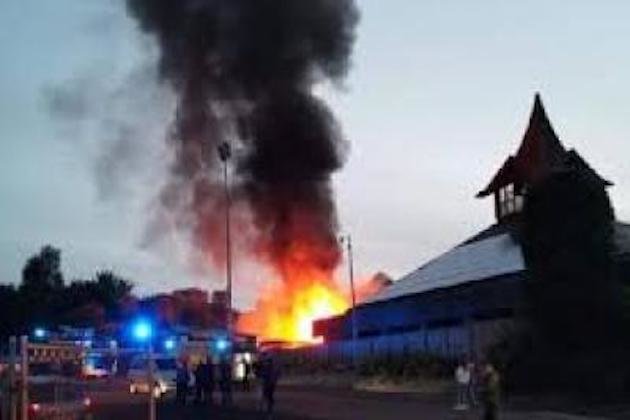 Detectives say they believe the fire was deliberately lit.

The fire occurred around 10:30pm on Friday night.

"An outbuilding adjacent to Holy Family (Catholic Church) on Aileach Road was set alight at around 10.30pm. The blaze spread to the church and nearby parochial house causing damage to both. The outbuilding was completely destroyed," Detective Constable Fielding said Saturday.

It is understood the roof of the church was also destroyed."At this stage we believe two males may have been involved in starting this fire and we are keen to identify them."

"We would like to hear from anyone who was in the area at around the time of the fire or anyone who may have information regarding this crime," Fielding said.

Paris Priest Father Paddy O'Kane said he was shocked at the fire, particularly when he heard the attack had been malicious. His parochial house had windows blown in, he said.

He said the porch of the church had been damaged.

"It's a big shock," he said. "We're very shocked and alarmed, particularly when we found out it was malicious." He praised the fire brigade for their quick response which he said he believed stopped the fire from destroying the church all together.

The Derry/Londonderry incident however is believed to be related to local events. Violence has escalated in the city in recent weeks. On Thursday night police were lured to an area of the city by the planting of what appeared to be an explosive device near a Catholic primary school, St. Paul's. As it turned out the bomb was fake, and had been used to draw police into a trap. When they arrived they were pelted with petrol bombs.

A shocked and upset Father Paddy O'Kane outside his #Derry church tonight which was deliberately set ablaze by youths. Garages were destroyed, his parochial house had windows blown in and Church's roof has been damaged by fire.
Fr Paddy says he will pray for those who did this pic.twitter.com/0UHX2LikXc