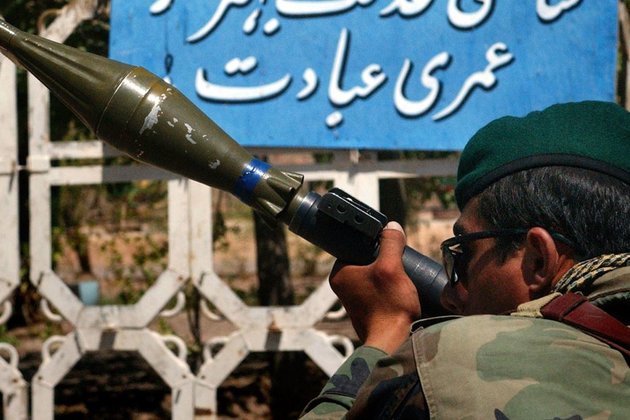 ISLAMABAD - The Taliban has killed at least 14 Afghan soldiers and taken more than 20 others hostage in the western Afghan province of Herat, which borders Iran, officials confirmed Friday.

The latest violence coincided with a Taliban statement defending and boasting about its five-year Islamist rule in Afghanistan, which was ended 17 years ago by a U.S.-led military invasion.

A spokesman for the Herat government, Jailani Farhad, told VOA that insurgents stormed and captured the Afghan National Army (ANA) base manned by the soldiers in the Shindand district.

There were injured soldiers among the hostages, confirmed Taliban and Afghan officials.

The Taliban also released a video allegedly of the captive soldiers, though the authenticity of the footage could not be verified immediately.

Washington has lately renewed efforts to push for a negotiated settlement to the 17-year-old war with the Taliban and has engaged the insurgent group in direct talks.

Battlefield gains and diplomatic engagement with the U.S. have apparently emboldened the Taliban to more rigidly demand withdrawal of U.S. and NATO forces from Afghanistan before they will participate in an intra-Afghan peace dialogue to end the conflict.

The insurgent group's so-called Preaching and Guidance Commission in a statement Friday listed details of what it claimed were 'unprecedented activities of the Islamic Emirate [the Taliban]' government that eradicated narcotics from the country and improved security, economic and social conditions of Afghans.

The commission alleged that narcotics trade has since flourished to record levels under the U.S.-backed administrations in Kabul.

The Taliban took control of most of Afghanistan in 1996 and remained in power until the U.S.-led coalition invaded the country to dislodge the Islamist movement from power for sheltering al-Qaida leaders Washington blamed for plotting the September 2001 terrorist attacks on American cities.

While U.N. national surveys supported Taliban drug eradication claims at the time, the fundamentalist regime had remained under severe criticism during those years for barring girls from education and women from leaving their homes without a male family member accompanying them.

Afghan and U.S. officials say the country has made significant achievements particularly in areas such as women's rights and female education.

There were fewer than one million children in school when the Taliban were in power, but current official estimates show the number has risen to nearly 10 million in the last 17 years. About half of the students are girls.

The total opium-poppy cultivation area decreased by 20 percent in 2018 but it was still the second highest measurement for Afghanistan since the U.N. Office on Drugs and Crime (UNODC) began monitoring in 1994. The potential opium production decreased by 29 percent to 6,400 tons from an estimated 9,000 tons in 2017.